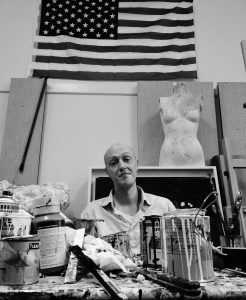 Pascal van Eerden was born in 1991 in Nijkerk, The Netherlands . He emigrated to Kyoto, Japan with his parents the following year. And again in 1995 when his family moved to New York City.

In 2016 Van Eerden visited The Netherlands as a tourist but decided to stay. In Amsterdam Van Eerden found a place to call home and become the artist he always wanted to be.

Van Eerden has not received traditional schooling in the arts but was home-schooled by several of the greatest painters of the Japanese and American art world.